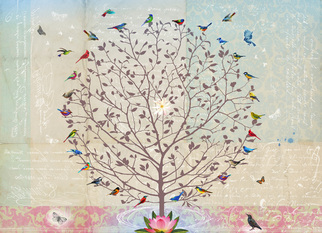 A a suite of prints to celebrate the 40th anniversary of Glasgow Print Studios, which was formally founded in February 1973.  It is an impressive and ambitious body of work that is representative of  GPS in particular, both their published artists and artist members, but also of Scottish artists in a wider context.

The published artists are high profile with international reputations who collaborate with master printers. As such there are 20 new prints by artists that include Bruce McLean, Adrian Wiszniewski, Jim Lambie, Scott Myles, Elizabeth Blackadder and Claire Barclay, to name but a few.

Accompanying them are 20 prints by their working members. These professional and committed artists publish their own limited edition prints using the facilities at GPS. They include Fiona Watson, Stuart Duffin, Jo Ganter, Ciara Phillips, Scott Campbell, Murray Robertson and Jacki Parry.

Also represented in the prints, is the range of techniques supported by GPS, from traditional methods of printing such as woodcut and etching, that are hundreds of years old, to recent developments in digital imaging and inkjet printing. 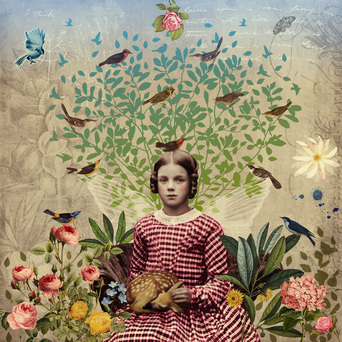 'Living Proof' refers to the research that Charles Darwin undertook on the HMS Beagle voyage around the Southern Hemisphere (1831-36) to find living examples in addition to fossil evidence that ultimately led to his theory of evolution and the publication of 'On the Origin of Species'.

A fascination with creatures and their portrayal in art is a recurring feature amongst the many artists associated with Glasgow Print Studio. A number of these artists were invited to contribute amongst them, Alasdair Gray, Ashley Cook, Elizabeth Blackadder, Eileen Cooper and John Byrne.

The exhibition although predominantly of printmaking will include paintings as well as sculptural work by Kenny Hunter.
Powered by